About The Bennett Hofford Construction Company​

The Bennett Hofford Construction Company has built over 400 Homes over the past 35 years and has contributed over $1 Billion in economic development in the state of South Carolina alone!

The History of Bennett Hofford Construction

The Bennett Hofford Construction Company has humble roots from when John H. Hofford began his career in construction while still attending college, starting his own construction company in 1979. Initially, he engaged in labor subcontracting for framing and siding, and eventually moved into general contracting for larger projects. From the beginning, all work from foundations to roofing was performed in-house, which provided a tremendous amount of hands-on experience for Hofford and his team. He quickly transformed his business and gained a much-deserved reputation for excellence.In 1983, John H. Hofford became President of Bennett Hofford Construction Company, Inc., and began its tradition of building high-end, custom residential homes. The result was a thriving company that grew into award-winning historic restorations and commercial land development.Since then, Bennett Hofford has built over 400 of the highest quality homes and neighborhoods all over the Lowcountry, along the coast of South Carolina, and in St. Kitts in the Carribbean.  As one of the first developers on Kiawah Island, a number of our homes are on Kiawah and neighboring Seabrook, Edisto and Wadmalaw Islands.The enormous success of Bennett Hofford Construction is largely attributed to its client-oriented team of professionals, all of whom have been with the company for years. The wealth of talent, dedication and experience of the team further sets Bennett Hofford Construction Company apart from the competition. Hofford’s far-reaching vision and strong leadership have proven to be a successful guide to the company for over 30 years and counting.” 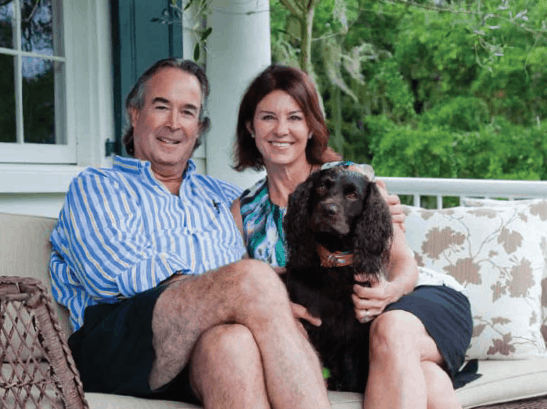 Originally called West Point Mill, the Historic Rice Mill Building was one of three large rice mills in Charleston in the 19th century.  When Charleston was occupied by the Union Army in 1865, the mill was used as a food distribution center.  After the Civil War, the mill resumed operations and its production increased. In 1886, it suffered damage from the 1886 Charleston earthquake. Brickwork was damaged and the gables were brought down. At some point before the 1920s, the entire roof was replaced except for the kingposts and trusses. Around 1925 – after rice production had ceased, the mill’s steam engine was sold to the Henry Ford Museum. The mill’s property was sold to the City of Charleston in 1926, as the City began to explore opportunities for using the building as a seaplane terminal.With the start of World War II in Europe, transatlantic service was abandoned and the building was occupied by the Charleston District of the Civilian Conservation Corps. In 1941, the building was taken over for the administration of the Charleston Area Inshore Patrol of the Sixth Naval District. In 1946, it became the headquarters for the Sixth Naval District Mine Craft Base. It was used by the U.S. Navy through the 1950s when it was transferred to the U.S. Army Corps of Engineers. From 1966 to around 1986, the Trident Chamber of Commerce was located in the building along with some commercial tenants. After that, the building was again vacant.In the fall of 1989, the building suffered from a fire with significant damage to an addition and soon after, Hurricane Hugo damaged the roof. The structure was then leased to the Bennett Hofford Company, who performed a $3 million renovation to the building before the structure was added to the National Historic Register.  The restoration received one of the Preservation Society of Charleston’s prestigious Carolopolis Awards in 1995.The Historic Rice Mill building has been home to Bennett Hofford Construction Company, as well as other business offices and restaurants since the renovation.

Bennett Hofford uses only the best luxury and high-end products in the homes we build. Below are some of the vendors we love working with